A live TV news broadcast investigates a supposedly haunted house. It’s all lots of fun until things start to happen. At first, it looks like a hoax but then things get totally out of hand.

This was an actual BBC broadcast and it ended up terrifying the nation. Even knowing that it’s just a film, it works really well. You do, however, have to put up with about 40 minutes of typical TV nonsense before it takes a turn. But this is what horror fans live for.

Ghostwatch is under copyright. There is an acceptable print on Archive.org. It isn’t available in the US but if you can handle PAL encoding, there is a DVD.

This website is devoted to finding the good in film. Too often, when people talk about film, they spend most of their time complaining about what they don’t like rather than what they do like. This ends up in a situation I call the “All Films Should Be The American” fallacy. The idea is that most people would prefer a film that is consistently acceptable than an uneven film that is at moments brilliant.

It is based upon an experience I had with a radio show that I really liked, The Q-Filmcast. The show sadly ended after 100 episode. It consisted of five guys who all watched the same film and then discussed it. In its history, I don’t recall any film being rated as highly as The American. That’s not an attack on the film. But it’s hardly a great film. Instead, it’s an extremely consistent, professionally made film. But it didn’t have a moment that really delighted me. I think it got an average score of 9.5 out of 10 from these guys who rarely rated over 8. 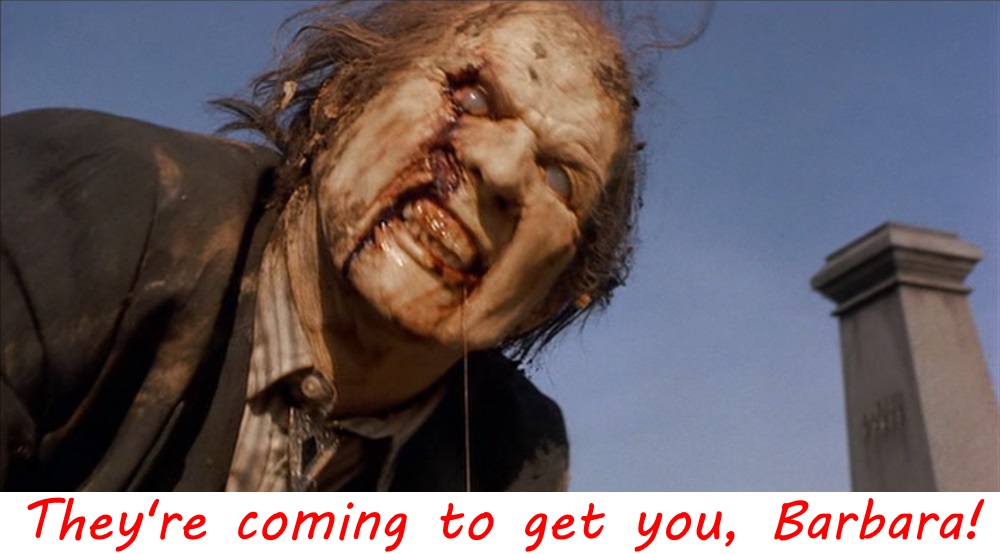 Now it’s fine if that’s what you want out of film. But if that’s what you want out of film, why not just read Richard Roeper or one of the thousands of other film critics who work as ombudsmen for the upper-middle class filmgoer? That was the main reason that I always liked The Q-Filmcast. Not one of those guys was worth listening to by themselves. They all had interesting insights and all that. But there was nothing you wouldn’t find from any profession movie reviewer. As a group, however, they provided the ultimate in terms of ombudsmanship. You really got a good idea of what experience any given film would provide.

But gauging whether you will or will not like a film is not the point of this website. What it really all comes down to is that we love film and we want to share that love. And that means drilling down into it. People who dismiss Plan 9 From Outer Space or who just focus on what is bad in it are not really seeing the film. When they write about the film, they are saying a lot about what they bring to the film, but very little about what the film offers to open-minded viewers. We want to provide motivation and road maps to the under-surveyed parts of the film world.

What Is Psychotronic Review?

Psychotronic Review is more advocacy than criticism. It is here to push you to watch and enjoy films that you normally wouldn’t. In some cases, that will mean we write about what are considered great films and in others bad films. What you won’t see are standard reviews of mainstream films. That’s not because mainstream films are bad. We aren’t snobs. We watch and enjoy mainstream films — probably more than most film critics do. We’re just not interested in writing about that kind of film.

Soon enough, we will explain what we mean by “psychotronic” film. Google tells us that “psychotronic” is a word “denoting or relating to a genre of movies, typically with a science fiction, horror, or fantasy theme, that were made on a low budget or poorly received by critics.” But that’s not a good definition, and we will get around to talking about that. We will focus on psychotronic film, but we will not limit ourselves to it. And that’s why it’s going to take an entire article to define the term.

Sit back and relax. We’ve subtitled this site, “Interesting films for interesting people.” Our job is to introduce you to new films. But it is also to help you see in a whole new way films you already know — in some cases, films you know really well. So you have nothing to do but enjoy. Of course, we are expecting that you all will introduce us to new films and provide us with new ways of seeing old films.

This website is an offshoot of Frankly Curious. As a way of getting started fast, we are going to be transferring articles from there over to here. But we see Psychotronic Review as more than a blog. We are planning to have pages devoted to notable psychotronic artists — both in front of and behind the camera. And we want to create a database of psychotronic films with links to where they can be found on YouTube and Dailymotion. (That’s hard because they come and go so quickly.) We may even set up a forum.

Hopefully, Psychotronic Review will become the one place you can go to find out about the weird and wonderful in film. Check back soon. We are already working on new things.